The return of Pearl of the Orient 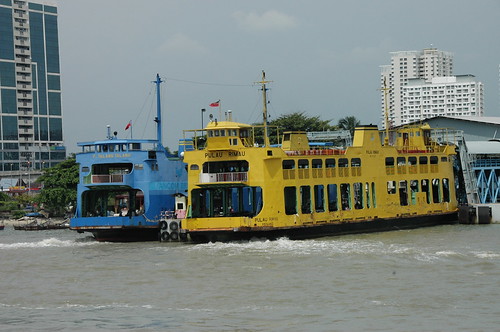 The sparkling beaches and crystal-blue seas synonymous with Penang, dubbed the “Pearl of the Orient”, decades ago are long gone.

Robust development on the island, with scant regard for environmental conservation, has apparently stripped Penang of its natural assets which had been the main tourist draw for so many years.

She said in terms of maintaining the natural beauty, which is the island’s traditional tourism product, Penang was being overtaken by the other resort islands in the region.

The island’s beaches are strewn with garbage, to the extent that the Penang Municipal Council (MPPP) are forced to clean up the beaches four times a week, each time netting between seven and 10 tonnes of solid wastes at 34 stretches.

Apart from the garbage, the presence of jelly fish off Penang’s coast, is the other factor which bars tourists from enjoying swims at the beaches.

Aware of this drawback which sticks out like a sore thumb in its tourism industry, Penang is taking steps to unveil “new products” to woo visitors.

Local travel agents are now focussing on more creative packages as they can no longer rely on attractions like Penang Hill, Butterfly Park, Snake Temple, Kek Lok Si Temple, Botanical Garden and Pulau Aman to bring in tourists, 60 percent of whom are foreigners.

Kee said the promotions were being aggressively held in the United Kingdom which presents a huge market, as well as Europe, West Asia, Japan, Australia and United States to compensate for the drastic drop in tourist arrival from China, Taiwan and Hong Kong following the global outbreak of the Severe Acute Respiratory Syndrome (SARS) earlier this year.

To review the marketing strategies, the state government set up the Penang State Tourism Action Council (Tourism Penang) in April this year.

With Kee as the chairperson, the council has representatives from the Culture, Arts and Tourism Ministry, state government and its agencies like the MPPP, Penang Regional Development Authority (Perda) and Penang Development Corporation (PDC) and the corporate sector.

She said Penang was ready to embark on several tourism projects, to be implemented under the current Eighth Malaysia Plan, like the re-development of Church Street Pier, Swettenham and Weld quays, clean-up of Sungai Pinang and and gazetting the Penang National Park.

Six clan “jetties” at Weld Quay, – Seh Lim, Chew, Ta
n, Lee, Yeoh and Mixed Seh jetties – all of which have historical significance, will be given a major facelift, she said.

Kee said UNESCO experts had advised the state government to include these clan jetties into zones categorised as the “Historic Island Post Settlement of Penang” in line with the nomination of Georgetown’s inner city into the world body’s list of global heritage.

She said the MPPP planned to turn the jetties into tourist attractions in Georgetown like the Khoo Kongsi, Kapitan Keling Mosque, Armenian Street and Acheh Street.

“We are looking into the modes of conservation like restoring houses at the jetties, cleaning up the seabed in their vicinity, installation of sewerage pipes and allowing economic activities like seafood restaurants and tea houses to operate at the jetty-ends,” she said.

Kee said the MPPP was looking into the jetties’ re-development plan in line with the conservation concept for the “historic waterfront stretch” between Swettenham and Weld quays.

She said priority would also be given to the conservation of other heritage structures like the Khoo Kongsi, which has been known to be popular among tourists from China, while spots like Armenian Street, which has “close historic links” to the struggle of Dr Sun Yat Sen, is a destination popular with visitors from Taiwan and China.

Kee also reminded the travel agents that Penang’s tourism industry should be diversified instead of them relying on a few packages which have been existence for some time.

She said a new chapter of the state’s eco-tourism concept, like the Pantai Acheh Forest Reserve which blends a unique sea and forest scenario with its unblemished sandy beaches, virgin swamp jungles and lake, should be brought to the fore.

The waters off the forest reserve, which is known to have 417 flora and 143 fauna species, is a sanctuary to otters, dolphins and turtles. It has three scenic beaches – Pantai Kerachut, Pantai Telok Kampai and Pantai Mas – which are landing spots for the Olive-Ridley turtles.

Kee said efforts were in progress to gazette the area as the Penang National Park and would be promoted as the first national park under the National Park Act 1980.

Meanwhile, the former penal colony of Pulau Jerejak is being re-developed as a tourist spot by Tropical Island Resort Sdn Bhd, a joint-venture firm between UDA Holdings Berhad which holds 51 percent equity and PDC, 49 percent.

Kee said the island’s re-development was divided into three phases – the first phase is the construction of two dormitory blocks which can accommodate 200 beds, 13 chalets, a camping site as well as a jetty and boarding terminal which are expected to be ready before end of the year.

The second phase comprises the construction of a food court, budget hotel and a prison’s museum, due for completion next year.

Construction of an exclusive resort constitutes the third and final phase of Pulau Jerejak, with work commencing in 2006 and due for completion within one year.

When these projects are fully completed, Kee said more foreign and local tourists are expected to make a return to the “Pearl of the Orient”. – Bernama

Dec 30, 2012 Admin
Discover the truly asian spirit and know more about Malaysia, its people and the lovely country.